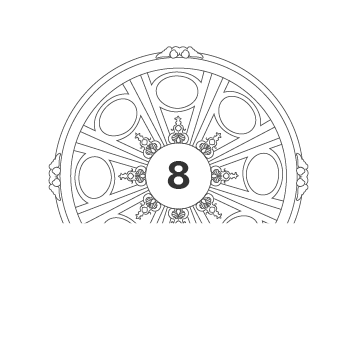 On the area today occupied by the churches of the Corpus Domini and the Spirito Santo there used to be a medieval church on a rectangular plan with a trefoil apse dedicated to St. Silvestro (St. Silvester). Next to it was an aedicule dedicated to the Most Holy Sacrament, built to mark the exact spot of the famous “Miracle of the Eucharist” in 1453 (see the church of Corpus Domini).

From the date of its establishment in 1575 the Confraternity of the Holy Spirit’s headquarters are in the church of San Silvestro where it built its first oratory, soon to be insufficient.
The area’s layout was put in serious discussion during the 1598 plague, when it was decided that the new Corpus Domini church would be built in place of the former commemorative aedicule: in 1603 the project was entrusted to Ascanio Vitozzi. The Confraternity was willing to take part in financing the church on condition that they would be allowed to move in there. The new Corpus Domini church should have been connecting with the rooms for the Confraternity of the Holy Spirit as from 1609. Between 1609 and 1613 Vitozzi himself designed a new oratory, tangent to the presbytery of the church. This position was decided upon in order to allow the brothers gathered in the Oratory to attend the sacred ceremonies in the church.

After a fire in 1653 and continuous conflicts between the Confraternita dello Spirito Santo (Confraternity of the Holy Spirit) on the one hand and the Compagnia del Santissimo Sacramento (Company of the Most Holy Sacrament) in alliance with the City Government on the other, a wall was erected that once again separated the church of Corpus Domini from San Silvestro.
The Confraternity thus chose to commission the architect, Bernardino Quadri, to rearrange the oratory located on the site of the future Church of the Spirito Santo.
By then the church of San Silvestro had been partly incorporated into the church of the Corpus Domini and partly into the oratory of the Confraternity and a new overall design was needed.
The church of the Spirito Santo in its present state is attributed to the architect, Giovanni Battista Feroggio (1723-1797) who, after an expertise commissioned him by the Confraternity regarding the state of conservation of the previous oratory designed by Vitozzi, advised the Brothers to reconstruct the building which was on the brink of structural collapse. Thus he was commissioned the job in 1762. The following year a private citizen donated his possessions to the Confraternity under the condition that they reconstruct the church within two years. The work was started between 1764 and 1767 and in 1787 the church of the Santo Spirito had a new altar designed by Feroggio.
During the XIX century the restoration and decoration works were substantially begun and the façade and bell-tower, damaged by bombings in 1943, were reinforced.
Inside, the church has a single nave on a rectangular plan with two curved Chapels on the longer sides and a semi-circular apse. The walls have a succession of fluted Corinthian columns set apart by pilaster strips which are overtopped by a trabeation with a continuous Attic frieze upon which vaults and arches are set up.

The elliptical dome is divided into eight gores with eight oval openings.
The left side of the church adjoins the presbytery of the adjacent church of the Corpus Domini, to the point that it forms one single structure with it. The deep presbytery and the choirl are the only vestiges of the pre-existing building. In the chapel on the right, where the XVIII century painting by Mattia Franceschini, Vergine e i santi Antonio da Padova, Francesco d’Assisi e Francesco di Sales (Virgin and Saints Anthony of Padua, Francis of Assisi and Francis di Sales) used to be and which is now in the sacristy, in 1842 a wooden group by Stefano Maria Clemente was placed. The group of statues was created in 1761; its structure was that of a processional float, made to arouse Christian devotion and the wish to convert: Jesus crucified gazing up to the heavens, Maria swooning and supported by St Giovanni and the Maria Maddalena’s despair were iconographic tools to announce the mystery of divine love to Christians. On the altar of the chapel on the left side is the altarpiece by Mattia Franceschini depicting the Battesimo di Costantino (Baptism of Constantine). Interesting wooden furnishings are the stalls by Pietro Botto in the apse and the Prior’s chair built by Mattia Mandono at the beginning of the XVII century.
Since 1985 the church has been home to the Accademia del Santo Spirito, set up to favour the study and development of musical heritage of the XVI, XVII and XVIII centuries. 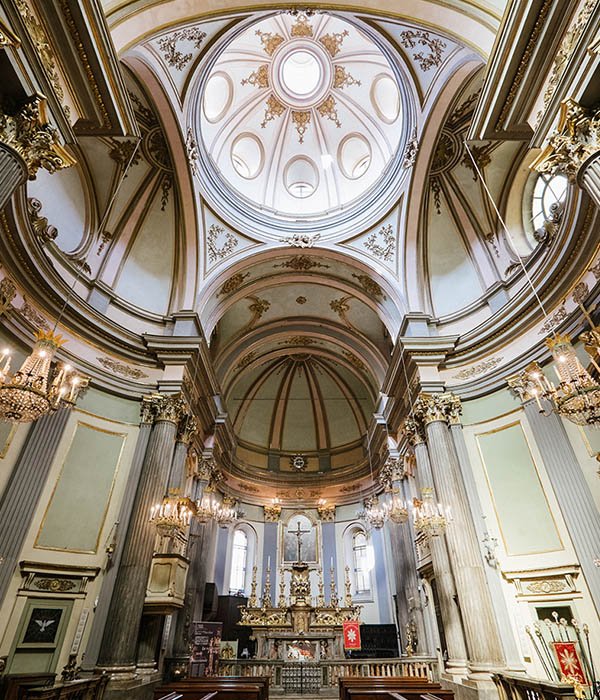 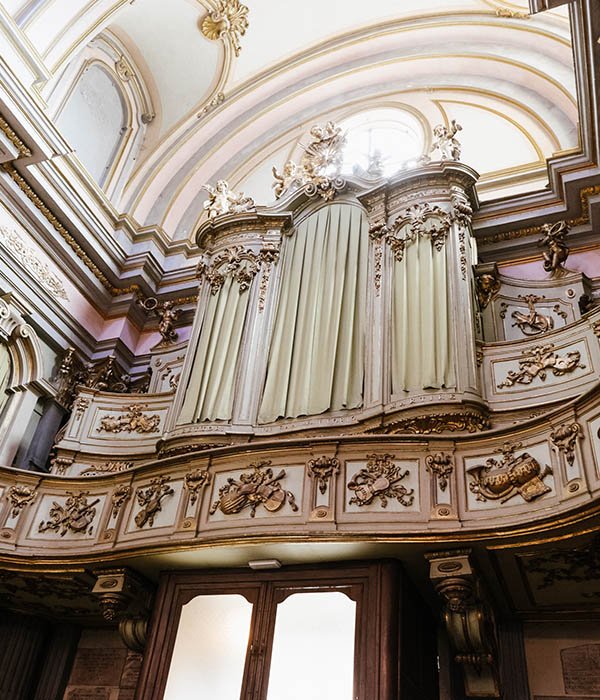 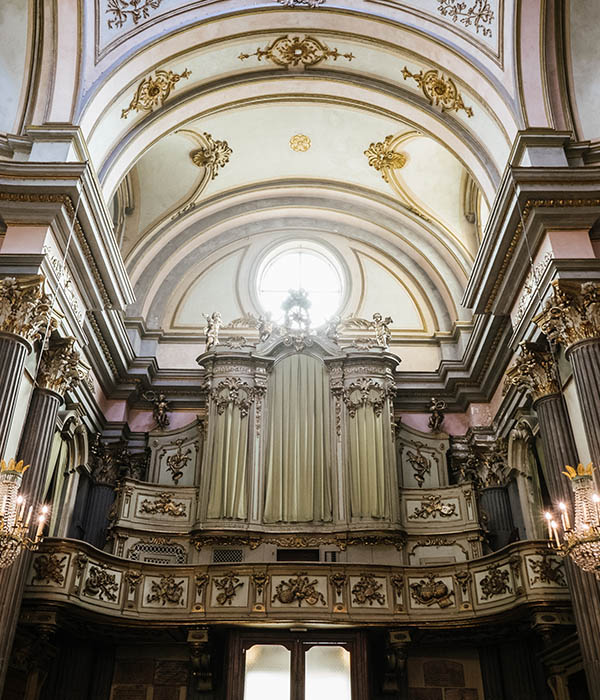 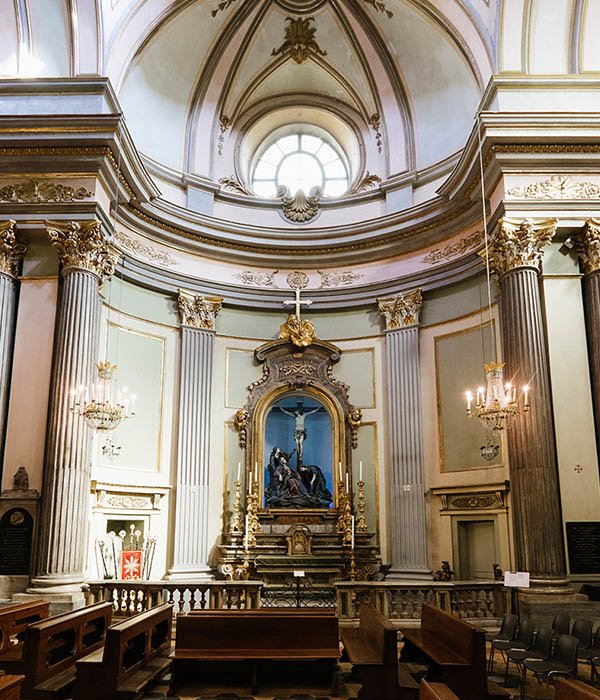 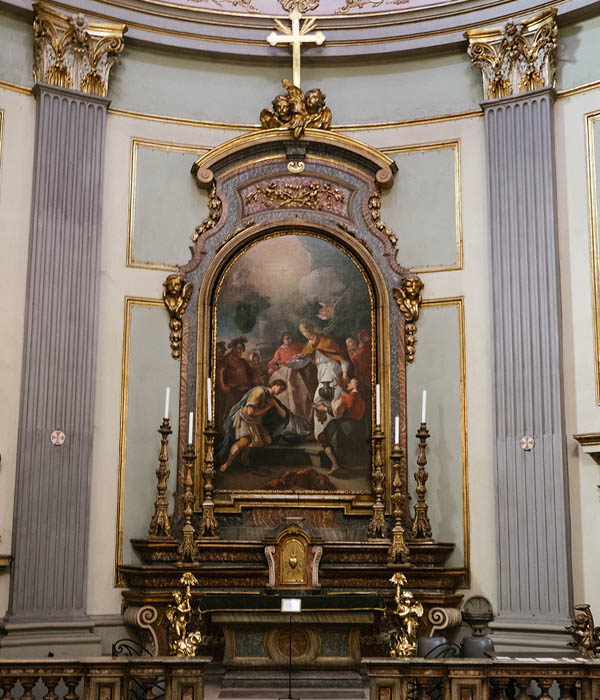 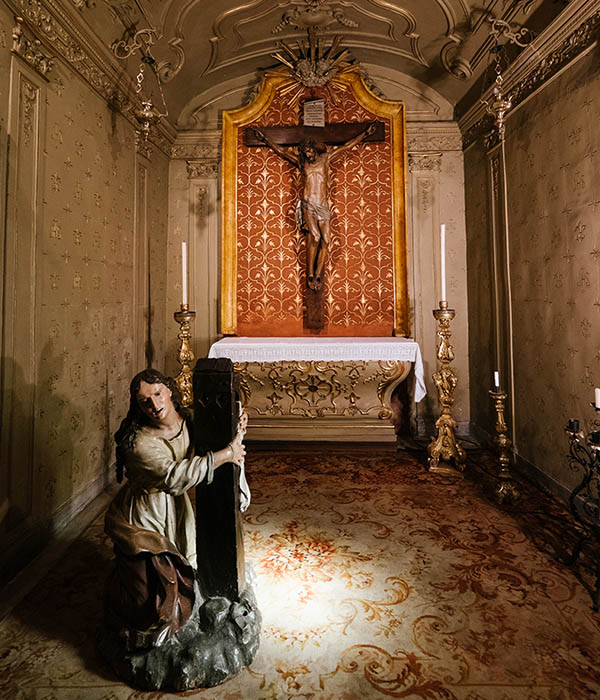