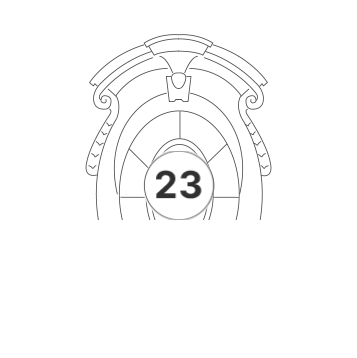 The fulcrum of the construction of the southern espansion of Turin, inaugurated on the occasion of Cristina of France’s arrival in the city after her marriage to Crown Prince Vittorio Amedeo of Savoy (15th March 1620) was the realization of the new Piazza Reale (now Piazza San Carlo).

The square was designed by Carlo di Castellamonte and is characterized by uniform buildings with arcades and by the scenographic wings formed by the twin churches of San Carlo and Santa Cristina, under ducal patronage. In November 1639 the widowed duchess regent, Cristina, acquired a house from Count Carlo di Castellamonte and a building from the Forni brothers in the vicinity of the square with outhouse and garden to be destined as a convent for the Barefoot Carmelite nuns who had been summoned from Lorraine in 1635 and temporarily lodged in a house belonging to the Ordine Mauriziano (Order of Saints Maurice and Lazarus). The church, bearing the name of the saint for whom the regent was also named, was built as the latter wishes in memory of her son Francesco Giacinto, who died at the age of only six in 1638.

The church was designed by Carlo Castellamonte, but because he died before the work could be completed, the decorations were entrusted to his son Amedeo. The convent accommodated blessed Maria degli Angeli (Mary of the Angels, 1661-1717), the Carmelite nun whose life was marked by a fiery mysticism as well as her participation in the civil events of the city, especially during the siege by the French in 1706, resided in the convent. Cristina, who commissioned this church, was also buried here in Carmelite habit in December 1674.
The façade was built between 1715 and 1718 based on a design by Filippo Juvarra. A double order was adopted, with statues of saints (Francesco di Sales, Agostino and Maurizio) and the allegories of virtue, the work of Carlo Antonio Tantardini. At the express request of Juvarra, it was also adorned with statues of Santa Cristina (St. Christine) and St. Teresa (St. Theresa). These two masterpieces by the Parisian Pierre Legros were later replaced by two copies and placed inside the church. The convent and church were abolished in 1802 and the Carmelite nuns abandoned it forever. The building was divested of its furnishings and transformed into a Trade Exchange. The room was used for drawing lottery numbers, as a public auction hall and, after 1814, as a warehouse for straw.
The remains of the Blessed Mary of the Angels were moved at night into the church of Santa Teresa as were the remains of the Duchess Cristina, and the Legros statues were carried to the side of the altar of the Crucifix in the Duomo, where they have remained to this day. With the Restoration, the church was reopened for worship under the protection of a new Savoy princess named Cristina, while Vittorio Emanuele I contributed to its restoration by embellishing it with precious stuccos and a new high altar in white marble with cornices and ornaments in gilded marble on a design by the architect Ferdinando Bonsignore.

On 26th March 1823, the church of Santa Cristina was ceded to the Fathers of the Mission and afterwards to the Servants of Mary. In 1844 it was given to the Pious Union of the Sacred Heart of Mary, who found the building bare and deteriorated and used their own means to restore it. The part destined for the religious order, however, was not usable since the monastery had passed into private hands and, in 1870, transferred to the Municipality of Turin, which assigned these premises for housing the Questura (police headquarters). The church was modified as a consequence of the remodeling of Via Roma (1935-37), depriving it of three large windows and giving it a new apse covered in marble, while the monastery was completely dismantled. The air raids during the Second World War seriously damaged the adjacent buildings, broke the coat of arms on the fastigium and damaged the church roof, causing heavy water seepage.
In 1960, the appointment of a new rector brought about the complete restoration of the church. The Neo-Classical high altar was replaced by a Baroque altar from San Michele in Asti, while antique parts from a church in Caramagna were used for the balustrade. The wooden pulpit and the choir were also from Asti. The lateral chapels were redone and the altar of the Blessed Mary of the Angels was replaced with a XVII century one with solomonic wooden columns and a carving of the Riposo dalla Fuga in Egitto (Repose after the Escape to Egypt ) by Antonio Triva. The bases were covered in marble.
Resurrected from XIX Century pillagings, the church again resumed its central role in Turin, although with a very different appearance from its original one. 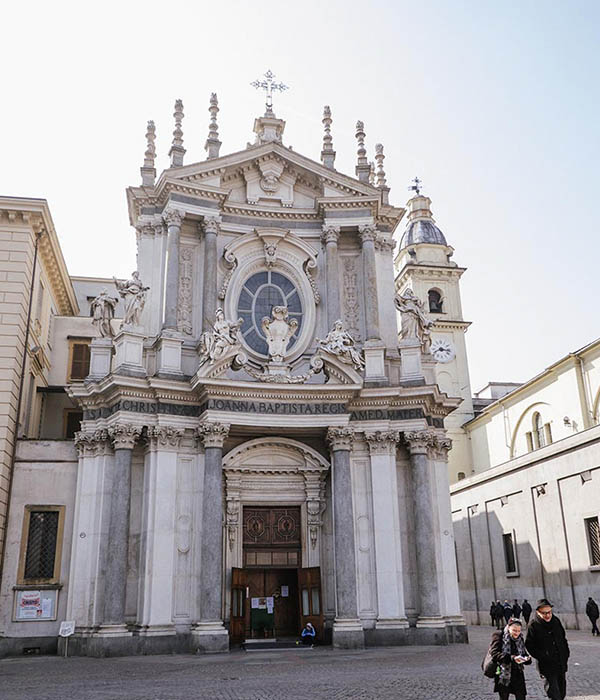 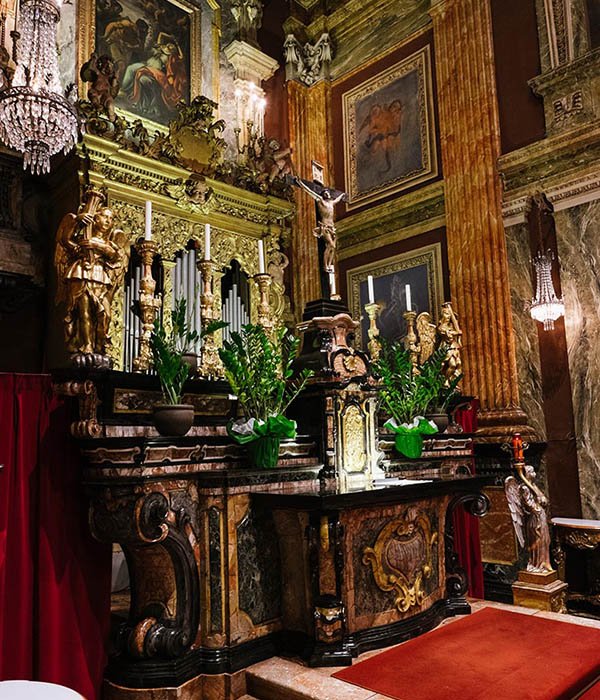 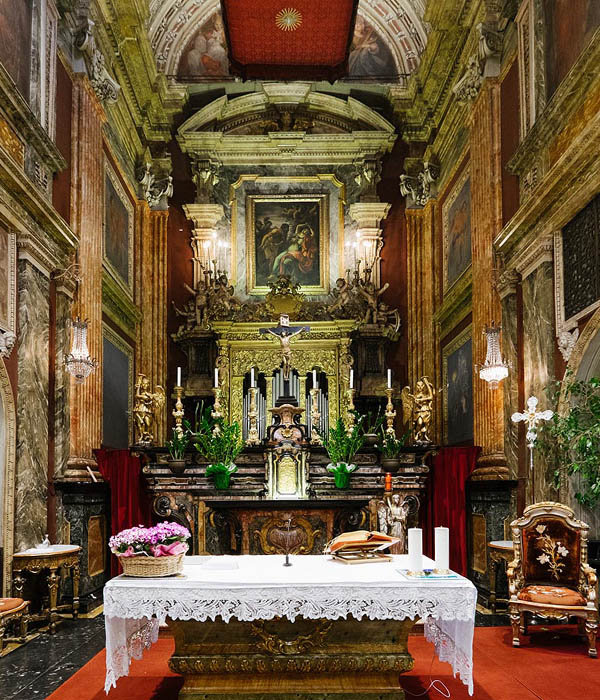 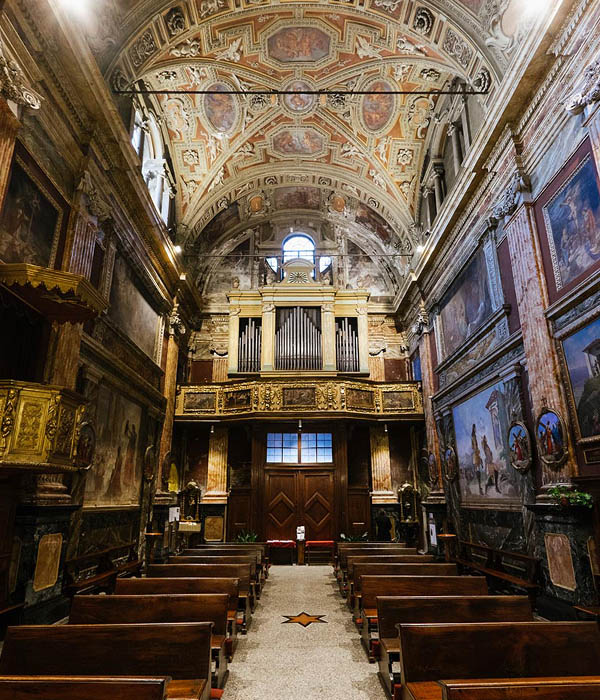 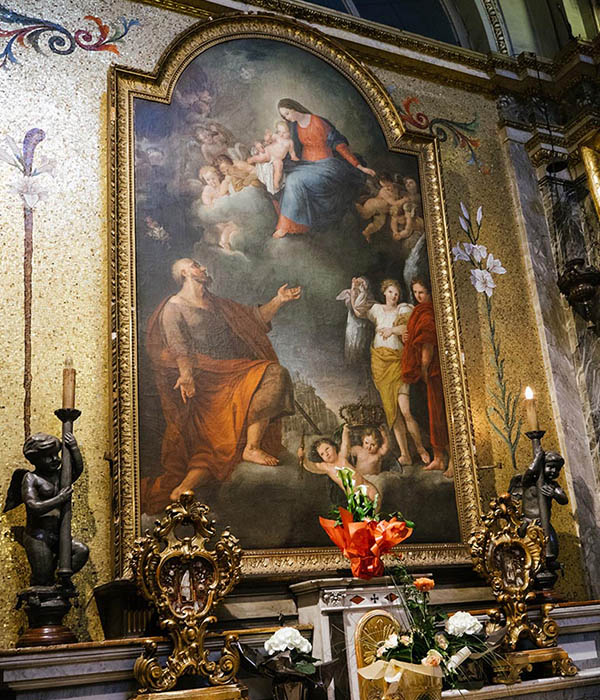 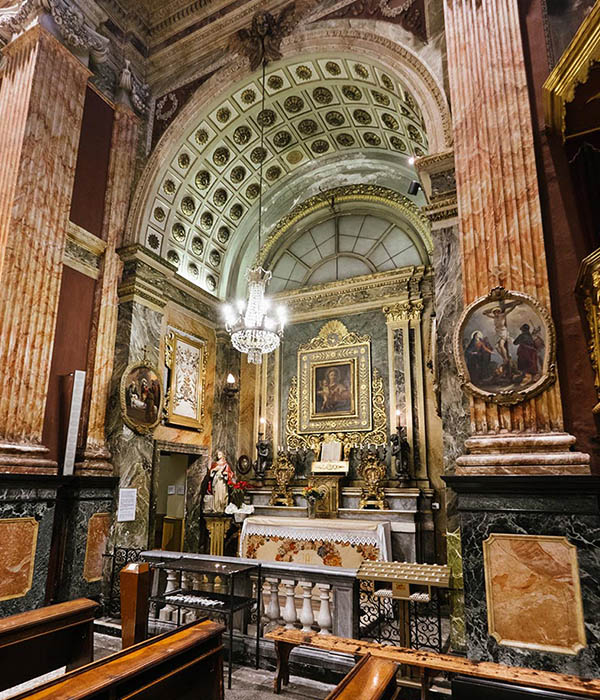