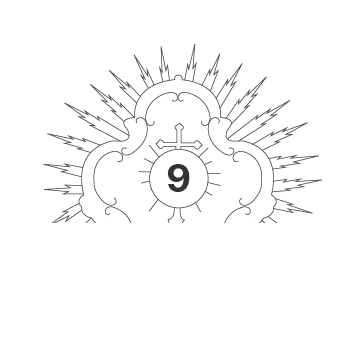 In 1578, Duke Emanuele Filiberto of Savoy granted the founding of the Arciconfraternita di San Giovanni Battista Decollato (the Archconfraternity of St. John the Baptist Beheaded) or Arciconfraternita della Misericordia, dedicated to giving material and spiritual help to convicts and people sentenced to capital punishment.

From the first years of its institutional activity, the Arciconfraternita became a reference point for the other confraternities created in Turin and Piedmont towards the end of the XVI century. In 1718 the Arciconfraternita purchased the church that had belonged to the convent of Santa Croce’s sisters and settled there from 1720, naming it after San Giovanni Battista Decollato (St. John the Baptist Beheaded). In 1726 the road connecting with Via Dora Grossa (now, Via Garibaldi) was opened up, where the church serves as architectural backdrop. The current building is the result of a project by Architect Filippo Nicolis di Robilant that dates back to 1751. During that year, static instability led to the decision to renovate the church in the Baroque style, characterized by a system of perforated vaults that follow each other and cover the single hall and lighten it scenographically.

The so-called “original luministic image” of this church is today restored and enhanced by the first part of restoration works financed by the Compagnia di San Paolo in 2009. Two fasciae, vaulted in a barrel shape and opened through windows above the skewback, joint the perforated sail vault with a central bed to the elliptic dome and the apse’s basin, decorated with the theological virtues: Faith, Hope, and Charity. The elliptic dome, an element that characterizes the system of vaults, is set on a windowed drum, marked by twelve pilaster strips from which depart the fasciae that define the central star, featuring a splendid fresco by Mattia Franceschini, pupil of Beaumont. In 2012 the second part of restoration works brought back the original pietra di Barge flooring and put in innovative geothermal underfloor heating. The third part focused on the Chapter House, restoring frescoes, stuccoes, floors and ambries.
The high altar in polychrome marbles dates back to 1792, designed by Francesco Benedetto Ferroggio. The altarpiece, separated by the altar and placed against the back wall, depicts the beheading of San Giovanni Battista and is attributed to Federico Zuccari. Two large paintings by Felice Cervetti, pupil of Beaumont, to the side of the altarpiece depict the preaching of San Giovanni Battista and the baptism in the Jordan.
The chapel on the left side is dedicated to St. John Nepomucene, depicted contemplating the Virgin Mary in a large altarpiece by Francesco Beaumont. The sides of the chapel are decorated by two paintings by Vittorio Amedeo Rapous, pupil of Beaumont, dedicated to the Annunciazione (Annunciation) and the Assunzione (Assumption). Under their teacher’s canvas two small paintings by pupils of Rapous show San Giovanni Nepomuceno’s death sentence and his death in the Vltava. The chapel on the right side, called “del Crocifisso” (of the Crucifix) or “dei Condannati” (of the Convicts), housing a pit tomb where several executed prisoners were laid – contains an important wooden crucifix, attributed to Stefano Maria Clemente.
The right altar is decorated with two XVII century paintings of Ecce Homo and two small canvases of the head of San Giovanni Battista, a distinguishing feature of the whole church.

The two wooden statues by Carlo Giuseppe Plura depicting the Vergine Addolorata (Our Lady of Sorrows) and an Angel that decorate the entrance of the church date back to the 1730s, once used as part of a processional float in Good Friday processions. The church’s façade, a markedly neoclassical work by Gaetano Lombardi (1828), is defined by four Ionic columns that support a triangular, dentilled tympanum and are placed on a high stylobate. The grey color of the architectural elements formed in Malanaggio stone stands out on a clear background.
After over two centuries of uninterrupted activity, in 1817 the Misericordia officially starting taking part in the administration of prisons, thanks to the intervention of Catholic personalities in Piedmont, such as Francesco Faà di Bruno, the marquise Giulia di Barolo, St. Giovanni Cafasso, the canons Borsarelli di Riffredo and Pelletta. It is further worth pointing out that in the course of the centuries all the princesses of the House of Savoy adhered to the women’s branch of the Arciconfraternita. With the reform of the Opere Pie (the charitable institutions) that took place after the unification of Italy in 1861, the Arciconfraternita carried on its role in helping prisoners sentenced to death, inmates and ex inmates as before; this activity in favour of inmates continues to this day. The Arciconfraternita also carries out intense cultural activity, organizing annual series of conferences, musical meditations and exhibitions. Every Sunday and Holy Day of Obligation mass is celebrated in Roman rite form (in Latin with Gregorian chants according the 1962 Missal) authorized as from 1989 by Cardinal Giovanni Saldarini, Archbishop of Turin.

Texts by the Guarino Guarini association and the Arciconfraternita della Misericordia

On working days by appointment
For bookings: Tel. 011 8123297 – Email: segreteria@arciconfraternitadellamisericordia.com 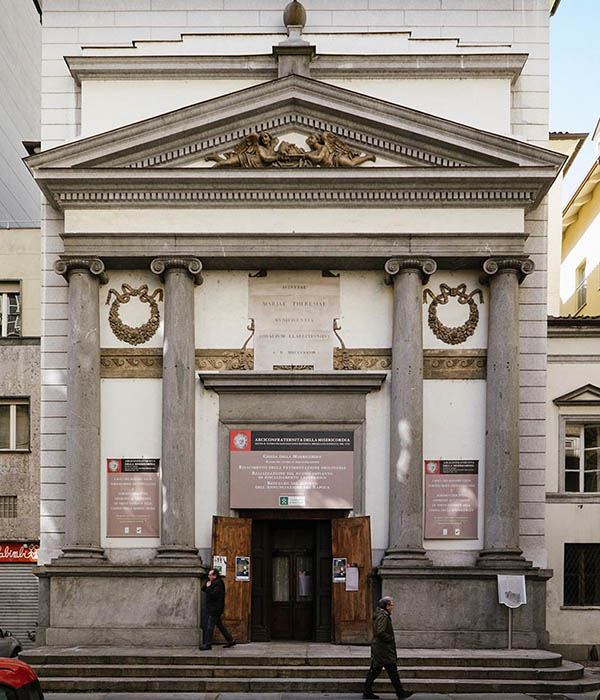 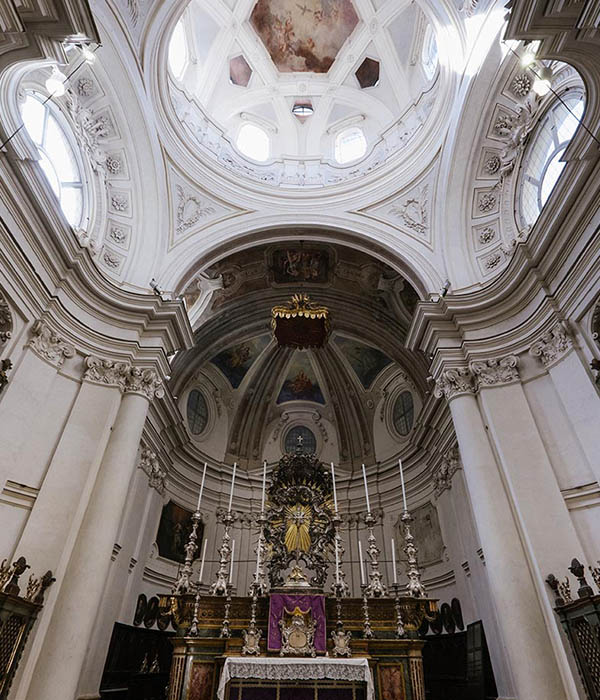 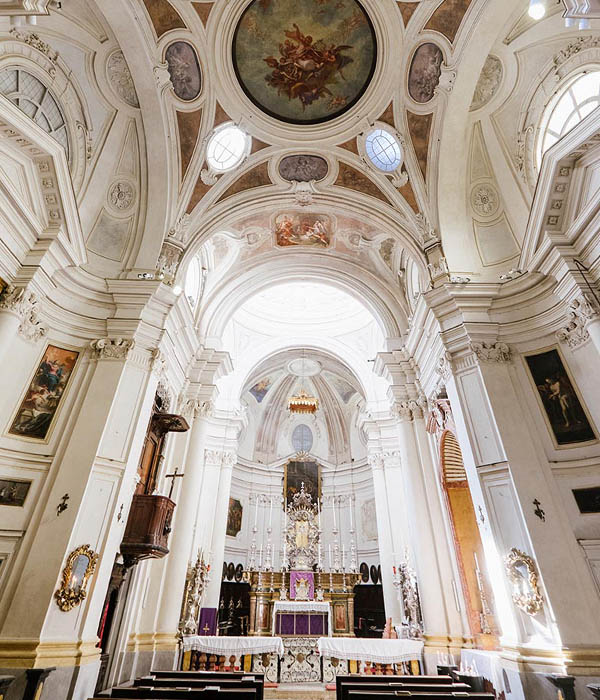 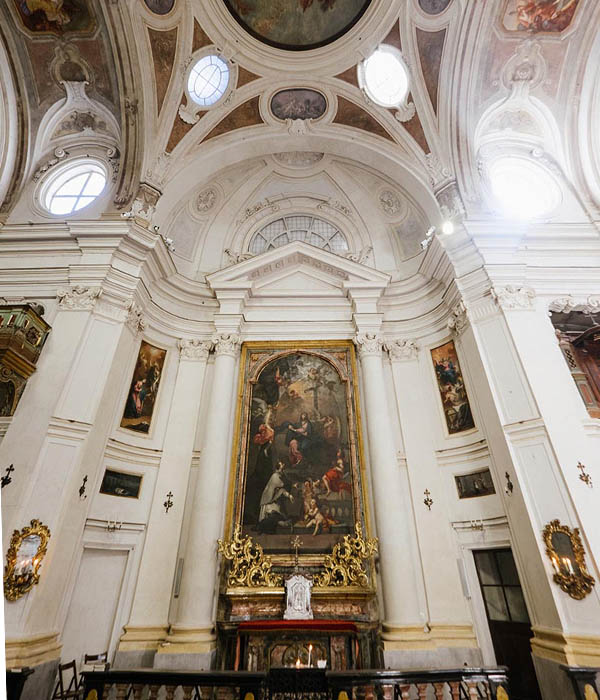 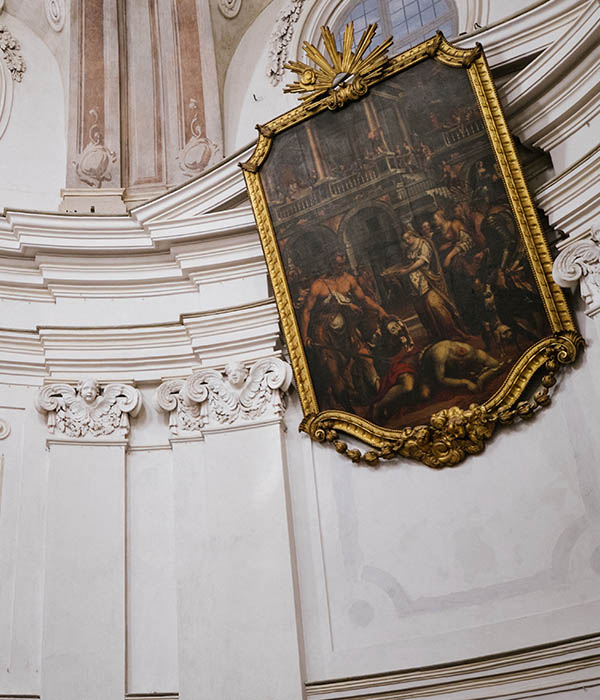 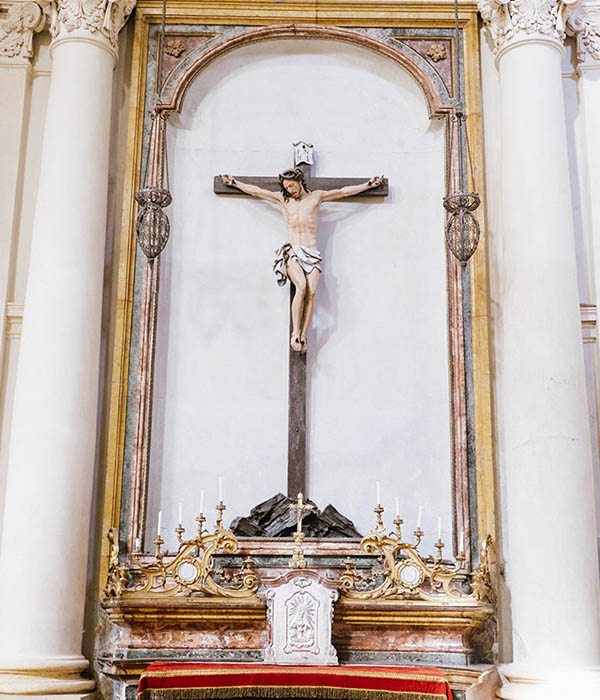 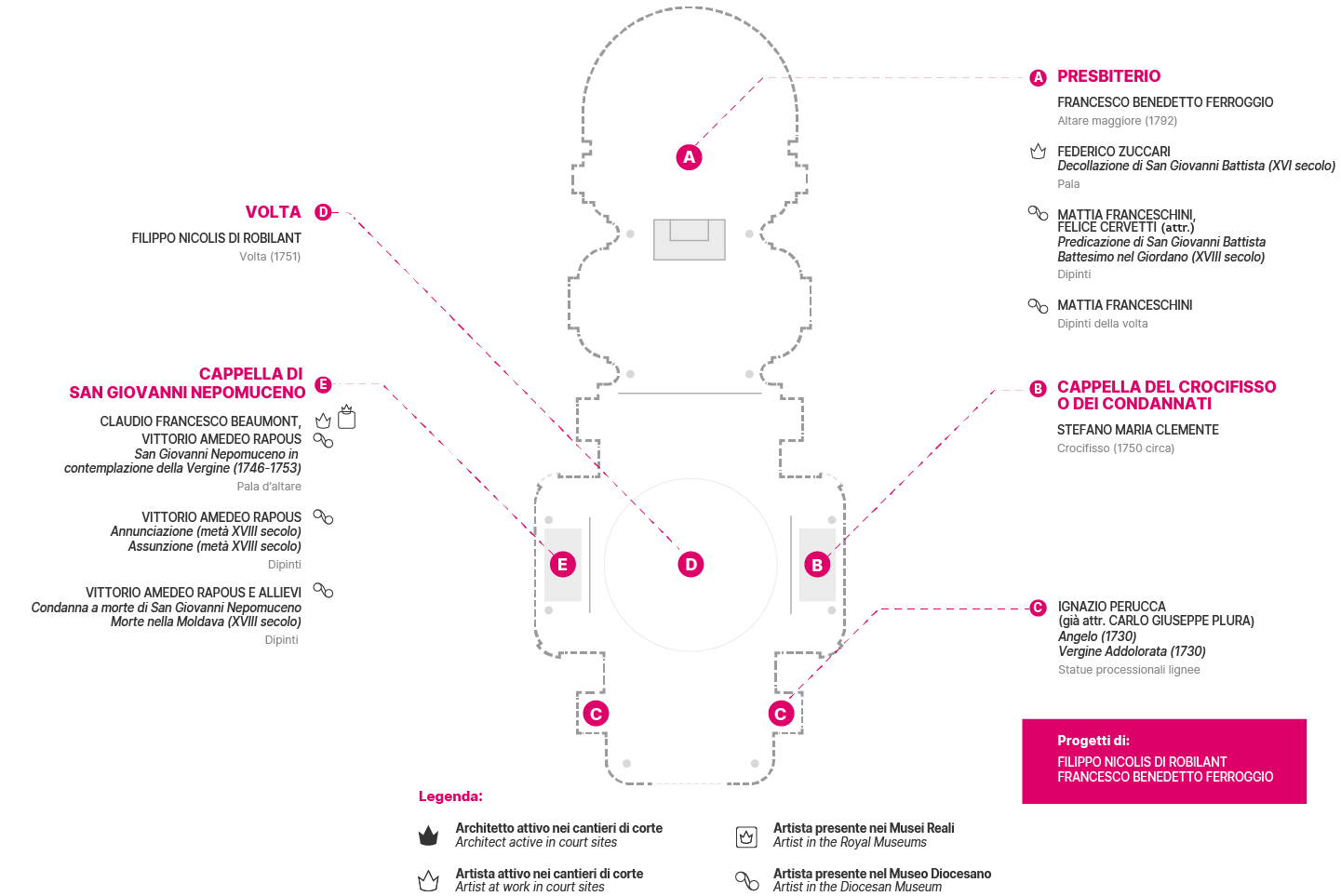