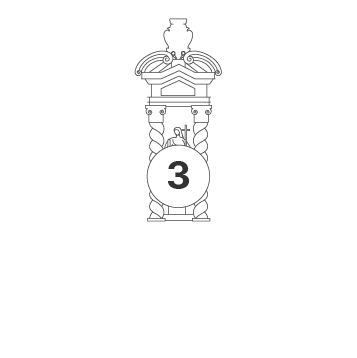 The church of Corpus Domini is located in the oldest part of the city, important in the Middle Ages due to the presence of the city hall and the main markets.
The church was built to mark the miracle that took place in the wheat market on 6 June 1453.

After stealing a pyx with a consecrated Host inside it from a church in Exilles (in the Susa valley, at the time French territory) some criminals came into Torino. On reaching the square the mule with the bags in which they had hidden the loot suddenly stopped, the pyx fell and the Host rose to the sky; the bishop Lodovico Romagnano rushed from the nearby cathedral, made the Host descend and enclosed it in a silver goblet. The miracle became at once the cornerstone of popular devotion and thus, in 1510, the City put the architect Matteo Sanmicheli in charge of building a votive shrine on that spot, completed in 1529.

At the beginning of the XVII century, the first ducal architect Ascanio Vitozzi planned a new road connecting Piazza Castello, seat of the new Ducal Palace, and the ancient City Hall. A new square was intended between these two poles, on which the church of Corpus Domini had to be built in memory of the Eucharistic miracle that had taken place there (in the middle of the nave, a rail fence in wrought iron indicates the place of the miracle) and as a votive offering for escaping the 1598 plague. The building of the new church was started in 1603 according to the plan by Ascanio Vitozzi; the works proceeded slowly due to disagreements between the two clients: the Confraternita dello Spirito Santo (Confraternity of the Holy Spirit, whose premises were in the pre-existing medieval church of San Silvestro) and the Compagnia del Corpus Domini (Company of the Corpus Domini, supported by City authorities). The matter was cleared up after the mid XVII century: in 1655 the City established the Congregazione del Santissimo Sacramento (Congregation of the Most Holy Sacrament), made up of six secular priests, theologians, to whom the pastoral care of the new church was entrusted. At the same time, after the fire of the altar in 1653, a clear-cut separation between the new church and the adjoining chapel of the Holy Spirit was reached.
The present church is the synthesis of many interventions. The first phase, carried out in the XVII century and marked by the sobriety of the Counter-Reformation culture, is followed by a deeper definition of the iconographical plan, associated with the enrichment of the marble facings, culminating in the re-decoration supervised by Benedetto Alfieri towards the mid-XVIII century (for the 300-year anniversary since the miracle).
The dedication to the Corpus Domini is reasserted in the decorations, according to a pedagogical itinerary that starts in the façade and ends in the area of the presbytery, with the altar designed by Francesco Lanfranchi (1664). The statues enclosed in the four niches of the façade (completed in 1675) represent different episodes of the Old Testament, in which bread is considered an element of salvation: the angel that brings bread to the prophet Elijah on Mount Oreb; Moses, who receives the manna in the desert; Melchizedek, the first priest in the Old Testament, who used bread and wine for sacred rites; Samson, who pulls out the honeycomb from the lion’s mouth. Just as the Old Testament prophesies the coming of the Messiah, the façade of the church introduces the faithful to the meaning of its internal space.

The miracle is narrated by the altarpiece made by Bartolomeo Garavoglia (1667), erected above the Eucharistic tabernacle (shutter with Supper at Ennaus) framed between the theological virtues (faith, hope and – on the crowning element – charity) sculptured by Giovanni Battista Casella. The left chapel reminds us instead of how the Holy Communion is the nourishment of sanctity: the painting by Agostino Cottolengo (the brother of the saint) shows St. Carlo Borromeo and St. Francis of Sales adoring the Eucharist (San Carlo Borromeo e San Francesco di Sales in adorazione dell’eucarestia); next, San Carlo che comunica gli appestati (St. Carlo administering Communion to the plague-stricken). The right chapel, whose altar was designed by Filippo Juvarra (1724), is dedicated to St. Joseph, with paintings by Dionigi Gerolamo Donnini.
Some of the most important saints in the city lived and operated in this church; the blessed Sebastiano Valfrè, tutor of Vittorio Amedeo II, was assigned to the church from 1653 to 1655. Giuseppe Benedetto Cottolengo was canon of Corpus Domini: here on 2nd September 1827 he received the inspiration for his future work. He was, in fact, called to the deathbed of a woman in labor whom no city hospital would accept as she was seriously ill. The woman and the newborn baby died right after receiving the last rites. The canon, touched and moved to pity, went into the church and asked the Virgin Mary to help him understand the best way to help the poorest. At that moment he understood what his future work had to be, ie the dedication to the ill through the creation of hospitals for the poor. The event is remembered by the statue of Cottolengo, kneeling before the painting of the Virgin of the Graces, probably a gift from Valfrè. Parishioners of the Corpus Domini Church include blessed Anna Michelotti (founder of the Piccole Serve del Sacro Cuore di Gesù – The Little Servants of Jesus’ Sacred Heart) and St. Giuseppe Marello (founder of the Giuseppini di Asti), who was christened there in 1844.

Texts by the Guarino Guarini Association 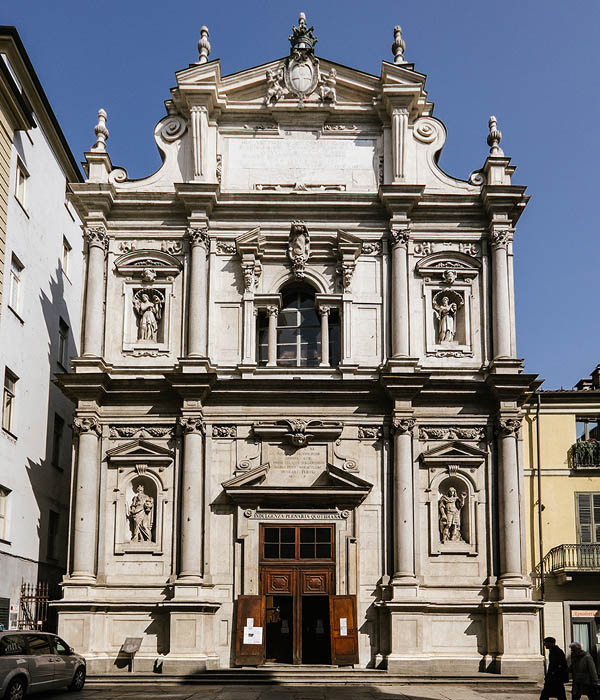 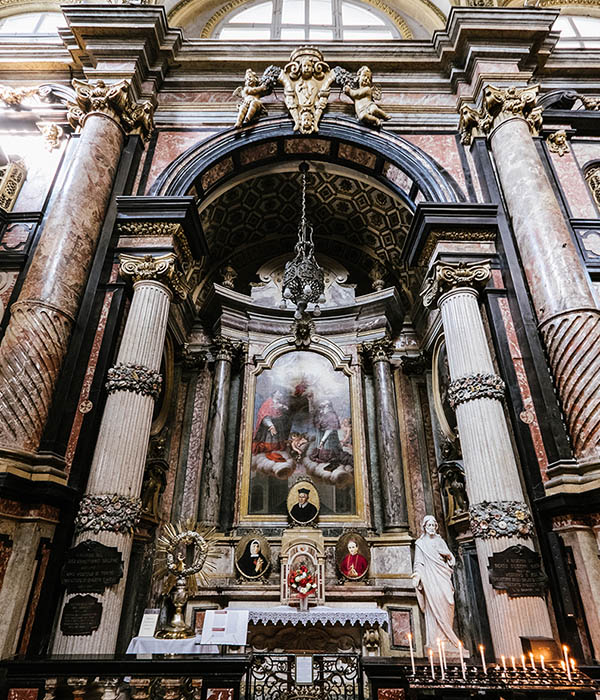 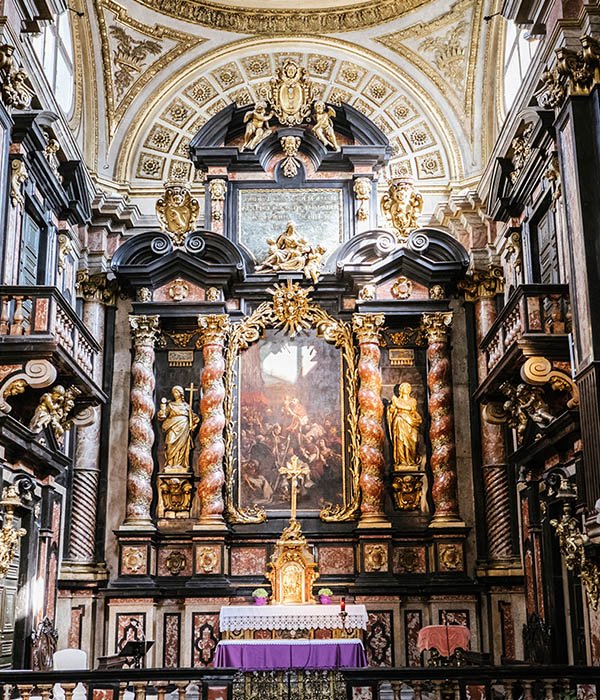 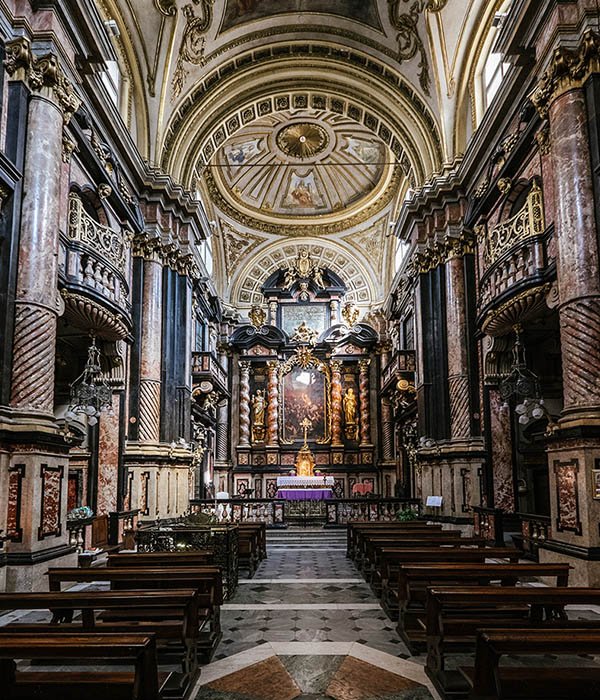 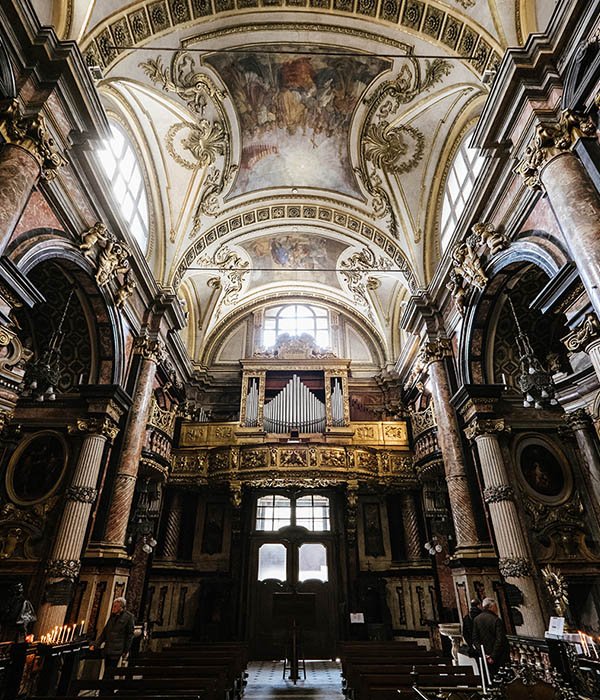 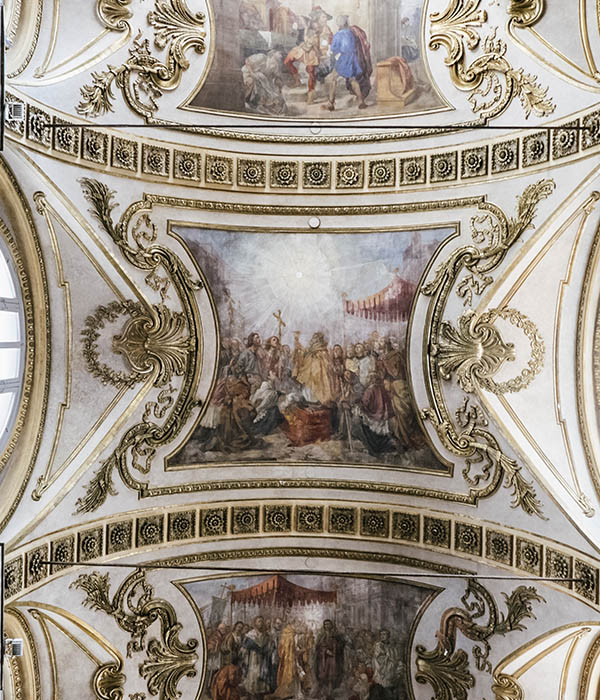