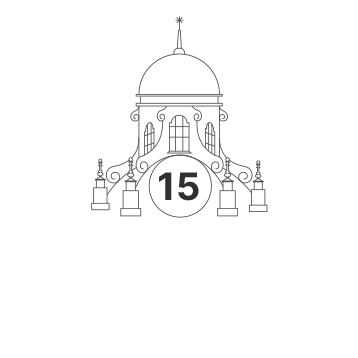 The deep-rooted Marian devotion in the memory of the Turinese people is demonstrated by the complexities of the architectural and artistic stratifications of the oldest and most famous sanctuary of Turin, dedicated to the Holy Virgin with the title S. Maria della Consolazione (more commonly called “la Consolata”).

The original church was documented as early as X century: dedicated to St. Andrea, it was located in the north-western comer of the old city, almost up against the city walls (on the outside one can see the ruins of the angular imperial tower).
St. Andrea became a monastic center at the beginning of the X century, giving refuge to the Benedictines who had fled from the Abbey of Novalesa due to the Saracen invasions.
Around the year 1000, after a certain security was resumed, the monks returned to Novalesa and expanded the Turinese priory of St. Andrea, resorting to the work of Bruningo, one of the first builder-monks who is still remembered. Vestiges of the medieval work are the bell-tower, built during the 11th century (visits by appointment, view of the old city centre), and the traces of Lombard band on the external façade, dating back to more remote epoch. The inside of the building preserves vestiges of this distant past of extraordinary artistic and architectural value, awaiting to be completely brought back to light.

Throughout the Middle Ages there is proof that the Marian cult grew considerably, both among the people and in the Savoy court, supported and fed by two different traditions: one sees in King Arduino the will to build a Marian chapel (1016), the other tells of the episode of a blind man of Besançon (1104), who regained his sense of sight, firstly to see the bell-tower of St. Andrea’s, and then to uncover an old buried image of the Virgin (which tradition has dated back to the Marian devotion of St. Massimo, the first Turinese bishop). There have been various images of the Virgin venerated in St. Andrea’s: the present-day one (located at the top of the XVIII century altar in direct relation to the tabernacle) and is traced to the patronage of cardinal Della Rovere (who commissioned the new Cathedral of Turin at the end of the XV century) based on the model of the icon of S. Maria del Popolo in Rome, in turn taken from an oriental iconographical theme of Maria Odigitria (She who indicates the Way, Jesus); the painting is attributed to Antoniazzo Romano.
At the end of the XVI century the need to expand and embellish the space of the old St. Andrea’s became pressing, transformed from a parish church into an important Sanctuary of the city. The Municipal government commissioned the renovation of the altar of S. Valerico, invoked during the plague of 1598 (today on the left side of the Sanctuary), and the duke funded the renovation of the Chapel of the Madonna delle Grazie (Our Lady of Grace), (crypt of St. Andrea’s church, on the right side of the interior as you enter).
In 1620 the new altar of the Consolata was consecrated and is still in the northern aisle today.Beginning in 1679 the church started to take on its present-day appearance: the regent Maria Giovanna Battista commissioned the Theatine architect, Guarino Guarini (active in Turin since 1666, working on the dome of the Holy Shroud and for St. Lorenzo’s church) to transform the nave of old St. Andrea’s into the present-day elliptical entrance hall, whereas the Sanctuary for the Marian icon was made into a new hexagonal chapel on the northern side.

Guarini’s project was completed by Antonio Bertola in 1704 and the Consolata was the heart of the Turinese spiritual resistance during the siege of 1706, led by the action of Blessed Sebastiano Valfré. In the outside garden, a small votive pillar commemorates the intercession requested by Duke Vittorio Amedeo Il on the occasion of the decisive battle which took place on the eve of the feast of the Nativity of Mary. On 21st May 1714 the Consolata was officially proclaimed Patron of the city and of the Turin Diocese.Numerous interventions were made in the course of the last two centuries: the new altar by Juvarra at the back of the Sanctuary (1729), the embellishment of the crypt and the construction of the votive column outside after the cholera outbreak of 1835; the new entrance pronaos on the southern small square (1853-60) and, most important of all, the crown of elliptical chapels around the Sanctuary, built at the end of the XIX century by Carlo Ceppi and Antonio Vandone in the Neo-Baroque style. In 1871 the Consolata became the seat of the Convitto Ecclesiastico for specialization in moral theology for the Diocesan priests of which Giuseppe Allamano was the rector from 1880 to 1926. He also founded the Institute of Missionaries of the Consolata and was beatified in 1990.The Sanctuary abounds in other religious memorials: St. Giuseppe Cafasso (first altar to the right in St. Andrea’s), instructor of priests such as San Giovanni Bosco and Blessed Clemente Marchisio at the Convitto Ecclesiastico (then still at the church of St. Francesco d’Assisi) and assistant to prisoners and those condemned to death (see his statue at the so-called “rondò della forca”, between Maria Ausiliatrice and the Cottolengo). Besides the Sanctuary itself, the gallery of votive offerings, where there is a collection of the most direct and spontaneous testimonies of centuries of Marian devotion in Turin, is worth a visit. 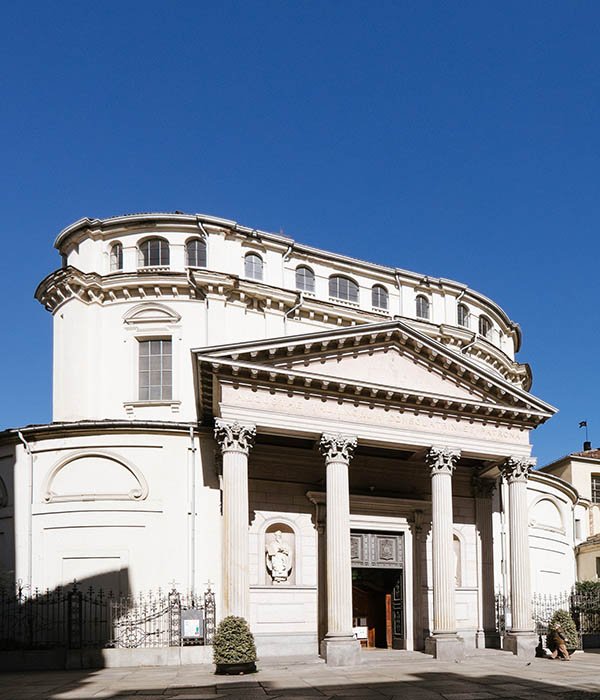 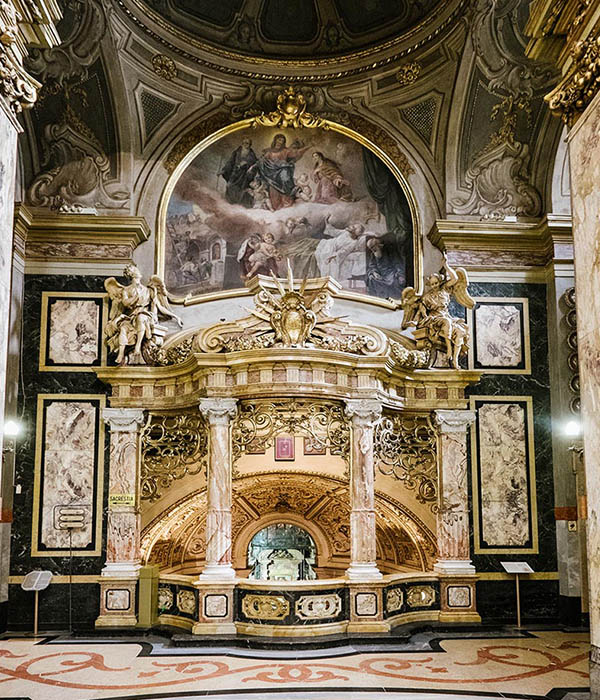 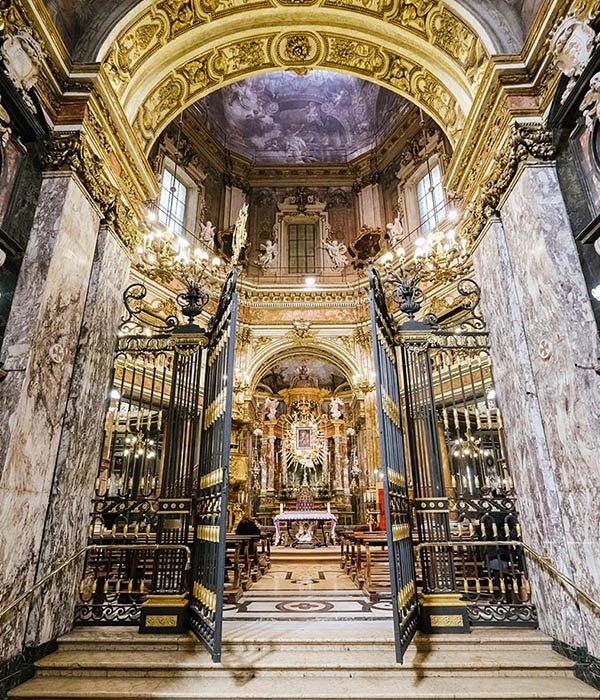 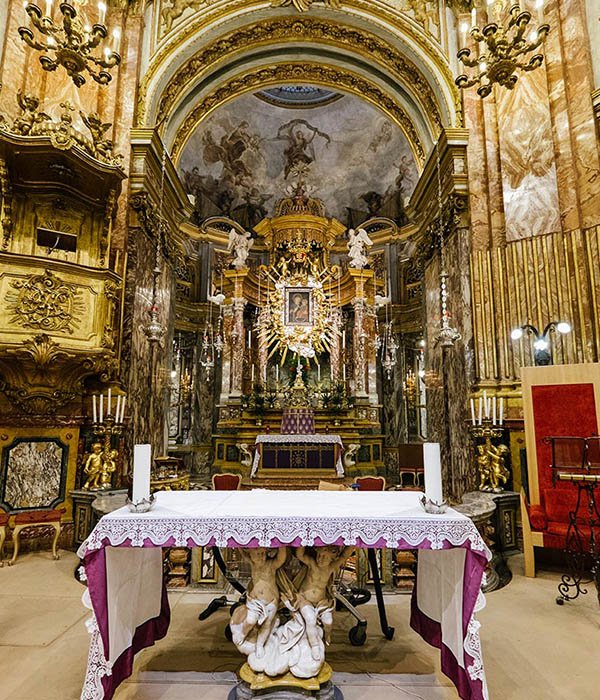 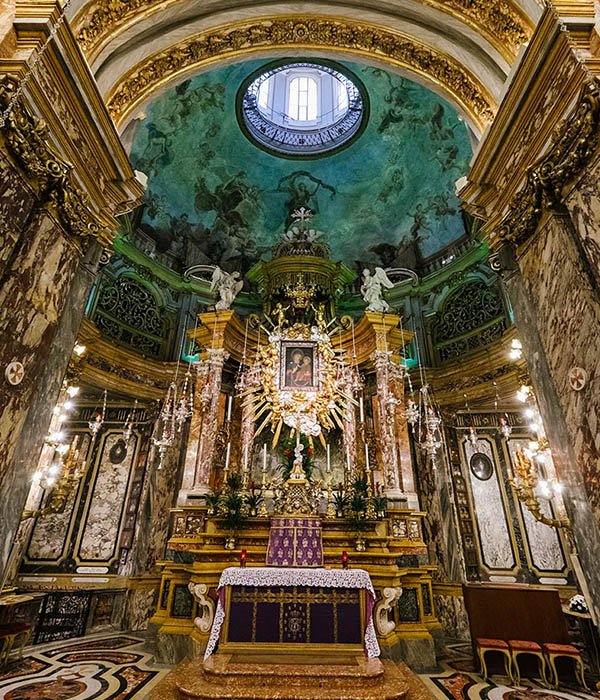 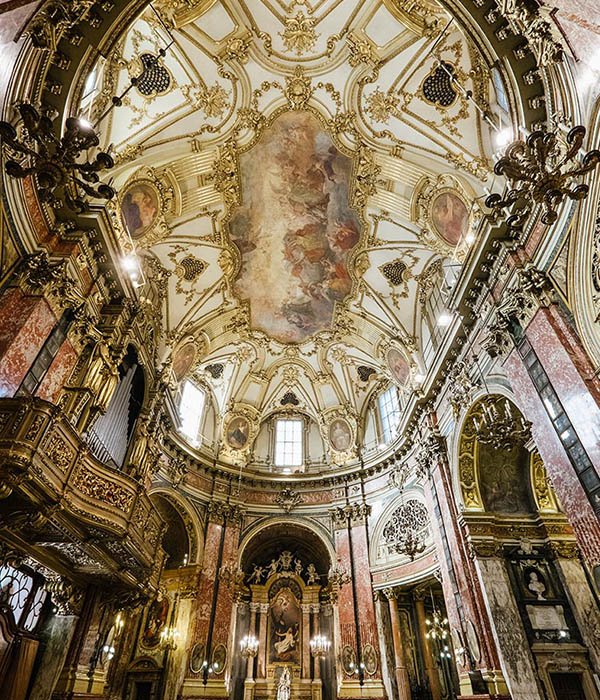